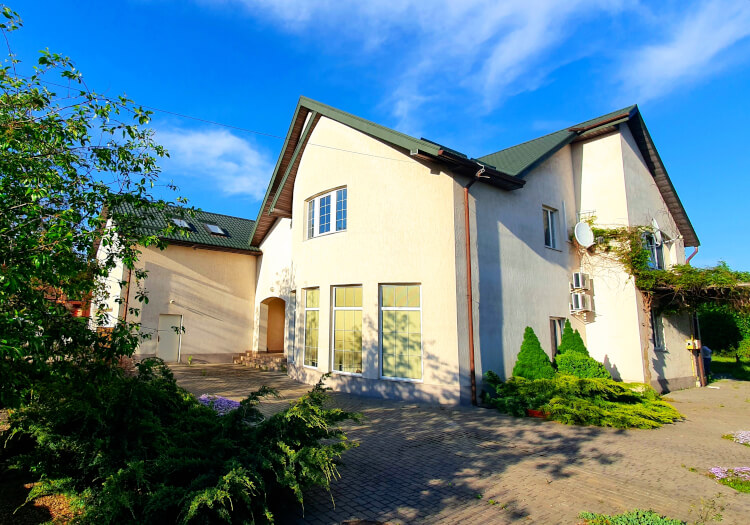 Rejoice with us! I am excited to announce the GNPI-Eurasia office has officially relocated to Kyiv! This chapter of the story started on the morning of March 4. Our daily Scripture reading was from Genesis 41. It was about Joseph's interpretation of Pharaoh's dreams of the seven thin years following the seven years of plenty. While reading, we realized that the date was the very day of our flight from the occupied territory seven years ago. And we wondered, “Lord, is this a sign that the seven thin years have passed?”

However, during those seven years, God worked through the team to accomplish the following:

Despite the exciting development of the ministry and the great work the Lord did through it, those seven years were pretty tough for us. The Training Center in the occupied territory was a great burden that kept us from rejoicing fully. We could not use the building anymore, yet the danger of losing it at any time remained our everyday reality. At first the facilities were under the threat of being confiscated by the authorities as property belonging to a foreign religious organization. Nevertheless, the Lord gave our manager the wisdom to register the building properly to avoid this threat.

Although we maintained the property through all these years (with the constant change of requirements and many other threats), we could neither use nor sell it. Nobody wanted to buy it. Nevertheless, a week after our Genesis 41 reading mentioned above, we received a message from someone interested in buying the building!

We faced two new challenges in the outcome. The first was how to retrieve the funds from the occupied territory (with cash only because no international bank operates in the area). The second challenge was what to do with those funds for the kingdom's sake and according to the designated purpose.

The person who contacted us had the money on the mainland but needed it in the occupied territory. Right after the successful exchange, we received an incredible offer to buy a perfectly suitable building for the exact amount of money we received, despite the market price differences between the cities (see the pictures above)!

Can you imagine Olga and me roaming across the city several times with the briefcase of cash as if we were part of a mafia movie? We are so amazed at how fast and smooth everything went after the seven years of uncertainty! All this is unbelievable, isn't it?

The building has a gathering hall for our training courses, retreats, fellowships, media production, etc. It also has a conference room, office space, study room, guest room for visiting partners, storage chambers, garage, and even a two-bedroom apartment for my wife Olga and me!

The new facilities require an interior renovation as well as the purchase of furniture and appliances, but a brand-new facility like this would cost at least twice as much. This is something we can handle gradually. We would appreciate help with funds.

Join us in thanking God for the way he moves mountains! I run out of words to describe how absolutely thrilled and grateful we are. We are amazed by the Lord's miraculous plan, which worked out step by step through these seven years, and especially the past two months! May His name be praised!