A STRATEGIC PLAN FOR SHARING JESUS WITH BUDDHISTS IN SE ASIA

Twenty-year-old Bit Zun Tin grew up as a Buddhist in SE Asia. He heard about Jesus from a friend who was trained in evangelism by Timothy P. of GNPI-SE Asia. Beginning to understand who Christ was, Bit made this powerful statement: “Jesus Christ has authority in heavens and in earth and in hell. It is incomparable with other gods. He also has the power to forgive the sins of men.”

I love serving with and investing in GNPI. Local people are empowered with dignity, tools, and training as they work towards strategic evangelism.

I cannot speak Bit’s language or fully understand Buddhism, but Timothy and his team do. Timothy understands how to intentionally find the touch points of the gospel for men like Bit. The result is a careful plan that is working well! In this culture where 80 percent of people are Buddhist, Bit and 200 others made decisions to follow Christ last year.

Through our regional center in SE Asia, Buddhists learn about the gospel in a meaningful way. Our friend Timothy plays a crucial role in developing effective tools and strategies, as well as overseeing initiatives for reaching Buddhist nations. Through what we call The Timothy Project, Buddhists in Asia are discovering that life is found in the one true God, Jesus Christ.

In 2018, over 1,150 people within the GNPI network made a commitment to follow Christ. Lives are changing, Christian leaders are training others to share the gospel, and churches are growing stronger. Jesus said he is going to prepare a room in his Father’s house for every one of us. There’s a room for Bit, for you, and for me, and we must work together to invite as many people as possible to this “incomparable” home while there’s still time!

Timothy P. was born in a remote village in SE Asia, the youngest of five children. His parents were leaders in the local church. At the age of eight, Timothy decided to follow Jesus. His older brother helped Timothy get an education by taking him to school in another village and bringing him home in the summers. He studied zoology at the university and began working as a state-appointed high school science teacher. Timothy enjoyed teaching, but he felt the call to teach people about Jesus more than any other subject. With his trust in God, Timothy took the bold step of quitting his job and enrolling in Bible college.

In his free time, Timothy rode his bicycle 30 to 60 minutes away from the school to the surrounding villages to share the gospel. With the heart of a teacher, he always invited a few other students to come along. They visited with many people, including the leaders of Buddhist monasteries, who dismissed Christianity as a western religion. Timothy was intimidated at first, but God used these experiences to give him a better understanding of Buddhism.

Despite these cultural barriers, Timothy and his friends helped 30 Buddhists begin following Jesus over the next two years by talking about some of the common Buddhist beliefs in their culture and building on that foundation to introduce Jesus. Still, pedaling his bicycle from village to village each Saturday seemed like an inefficient way to share the good news. Millions of people in his country needed to hear about Jesus, and Timothy asked God to increase his efforts. “Lord, show me a way to reach this nation that is 10,000 times faster.”

God answered his prayer several years later while he attended Cincinnati Christian University to further his Bible education. Here he met Ziden Nutt, the founder of GNPI, and heard how GNPI strategically used media to multiply disciples. Timothy realized media could be a helpful tool in his own ministry as well. He began with printed books, tracts, and charts in local languages. The content addresses specific questions Buddhists have and values they hold, helping them realize that Jesus is the one they’ve been seeking all along.

Today, Timothy heads a productive team. They have now completed over 100 audio and video projects in 29 tribal languages in a variety of multimedia platforms. This is all in addition to providing leadership training for people around the country as part of The Timothy Project. Through strategic evangelism, they’re pointing people toward Jesus every day.

VISIT THE TIMOTHY PROJECT TO JOIN US IN FULFILLING THE GREAT COMMISSION. 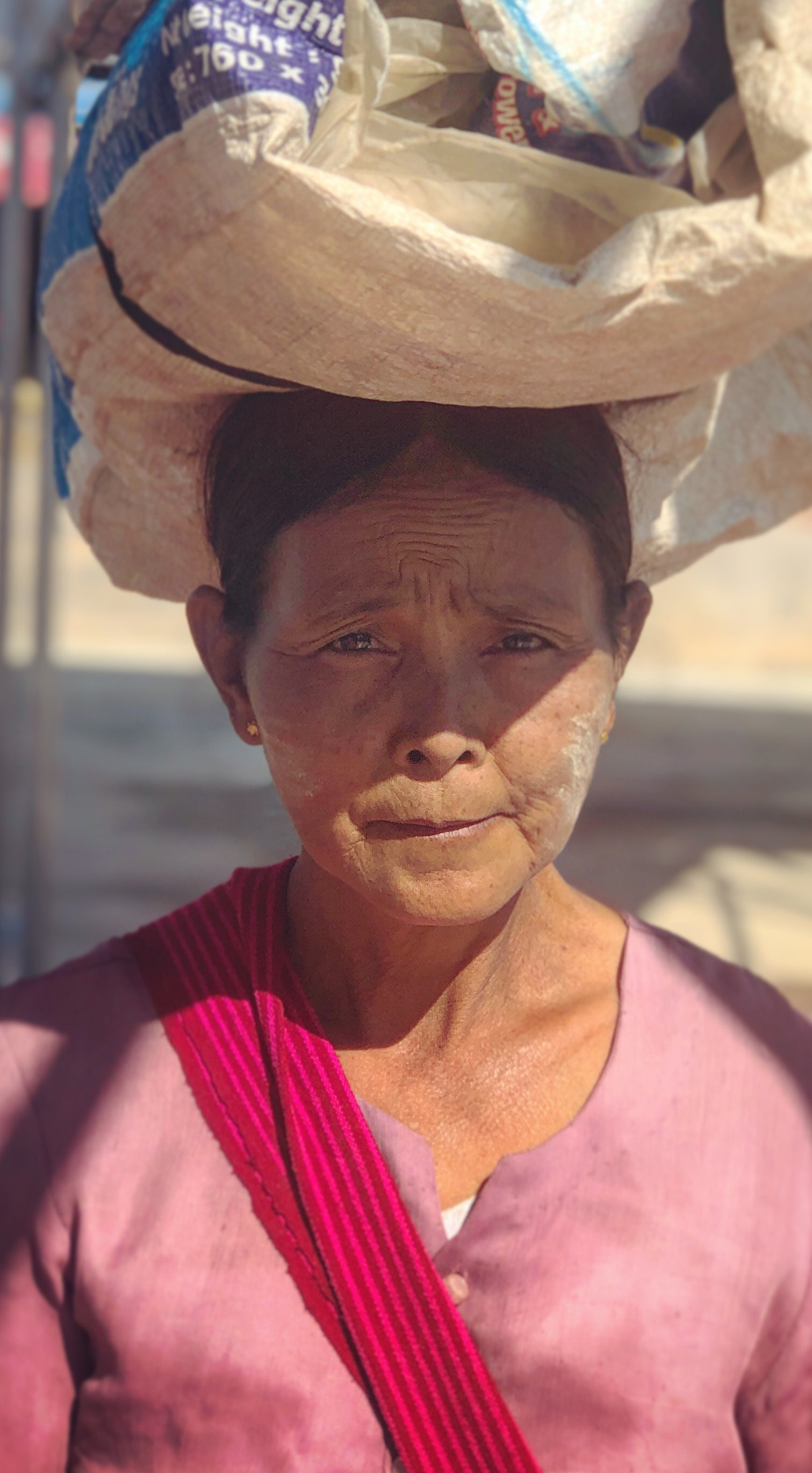 In my country, many people think all faith is the same. They choose to worship whatever spirits or idols they want because they don’t see clear and distinct differences. They believe all gods are good, so they question why they should follow a religion from the West. They wonder, “Who is Jesus, and why is he better than Buddha?”

My father wanted to help people find answers to those questions. He prayed for God to use him to start a movement among the Buddhists of SE Asia, and God is working in incredible ways. My father developed an ambitious plan to train followers of Jesus in every state of his country. GNPI refers to this strategy as The Timothy Project. It’s named after the man who created it.

The Timothy Project teaches Christians how to open conversations with Buddhists. The focus isn’t to argue about gods. It is to point people directly to Christ using Buddhist writings and explain how Jesus perfectly fulfills what their prophets taught.

Most SE Asian countries are Buddhist. Their cultures are diverse, but they have similar concepts and superstitions. It is very challenging for a Buddhist to accept Jesus because of the strong influence of Buddhism within society. However, we see God working in these countries through The Timothy Project as some of the newly trained evangelists have invitations to Thailand and Malaysia to share what they’ve learned about Jesus.

My father and his team have personally shared the gospel with over 4,000 people and baptized more than 200 in the past year alone! Every 60 days my father and his team help teach approximately a dozen people from all over the country. They gather for an intense evangelism training where they learn and practice this unique approach. They have set aside a month to leave their homes and responsibilities in order to participate. They choose to do this because they are serious about sharing Jesus and transforming lives in their communities.

As a boy with divorced parents, Aungshine saw himself as a burden to his relatives. His mother had to return to her home with her two sons, rely on the support of her family, and face a community who looked down on them because of his father’s drug addiction. Aungshine was unsure where he belonged or what to believe, so he learned to mirror the beliefs of whoever he was with at the time. During college, Aungshine saw God at work in his life and decided to become serious about his faith in Jesus.

It was at this time that Aungshine realized how difficult sharing Christ with others could be. He wanted to tell everyone about Jesus, but his Buddhist friends had many questions he couldn’t answer. Aungshine started working with Timothy at GNPI-SE Asia. Timothy took every opportunity to patiently explain what he knew about helping Buddhists understand who Jesus is.

Aungshine remembers a time when he was still unsure about using Timothy’s method, and God provided a powerful experience. A villager named Ma Myint heard Aungshine speak about Jesus for the first time, and she wept with joy. She said, “I have never heard anyone teach about God this way. It is easy to understand. There is no bashing of other religions by stating our God is better, it only focuses on who the Savior is.” She was so excited she invited many others to also learn about Jesus by using this method. Ma Myint has now introduced over 30 people in her community to Christ. When Aungshine shares the gospel now, people tell him they understand the message. He is the pastor of a local church and receives invitations to share the gospel from all around the region.

It’s a great joy for Aungshine to see the positive response of the students as he helps Timothy teach at the month-long training sessions. One of his students saw how everyone could benefit from The Timothy Project. The student learned to use terms more familiar to those in the Buddhist culture. Another student wanted to go home after the first week because he couldn’t wait to tell people in his village about Jesus. Aungshine thinks this may be the only way to transform the whole nation.

The Timothy Project would never have happened without your support. The more we share, the more people will know Jesus. Others are catching Timothy’s vision to share Jesus with every village throughout his country, and Aungshine is grateful to be part of what God is doing there. 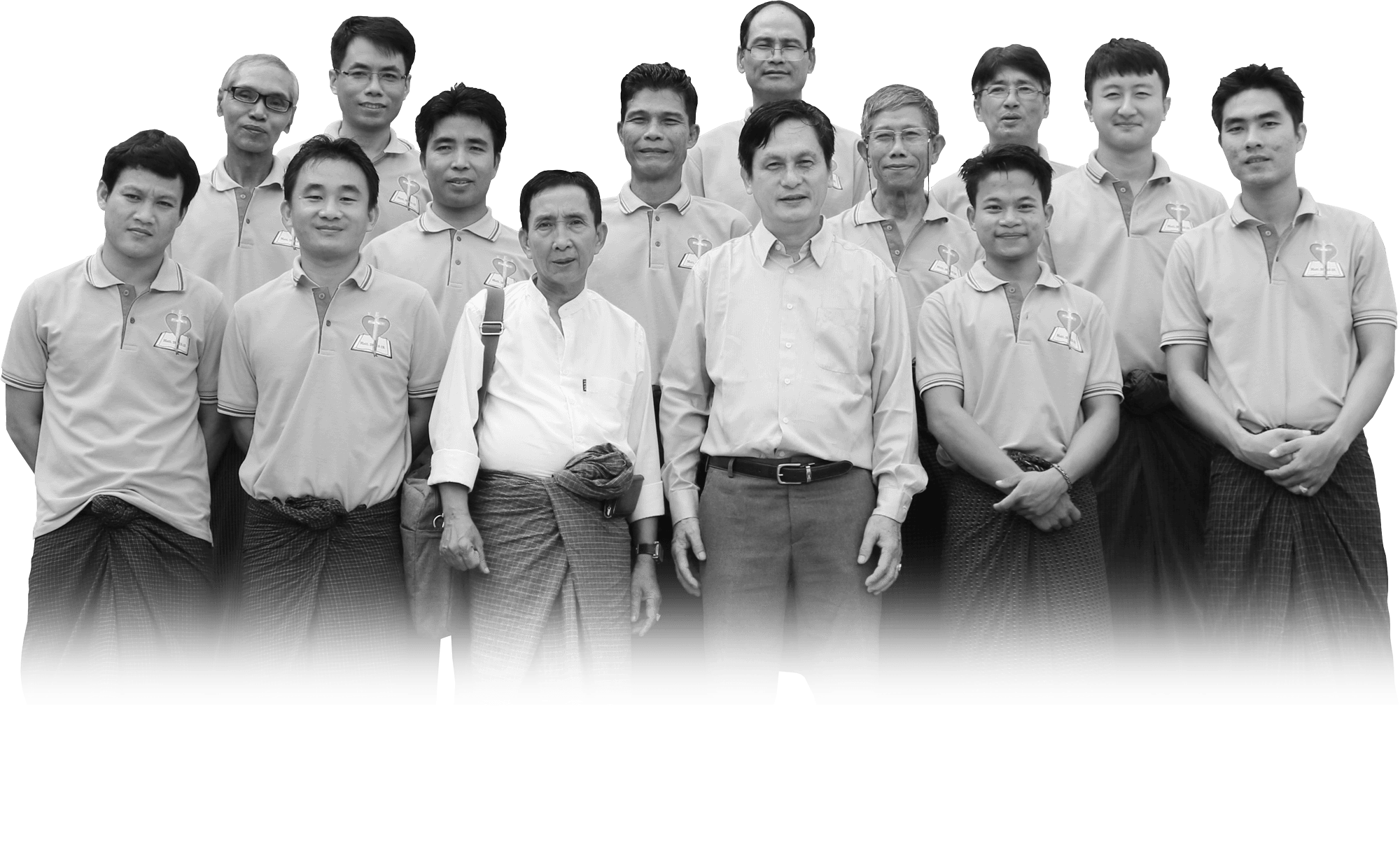 Timothy and his team have set challenging goals they could never accomplish on their own. They are making progress because they are depending on God and dedicated to prayer. Currently, they’re working to equip key leaders to be effective evangelists in each of the seven regions and seven states of their country. In November 2017, Timothy and his team began hosting rigorous, month-long training programs. Over 30 days, students learn together from 7 AM-8:30 PM daily. They spend time memorizing scripture, receiving practical training, and praying for the gospel to bear fruit in their nation. Topics include personal evangelism, discipleship, and sharing the gospel through social media.

So far, they’ve held 11 training events for a total of 148 leaders, with another training currently underway. Timothy and his team are doing everything they can to help Buddhists recognize Jesus as the one true God and to multiply disciples. He plans to follow up with those who have attended the month-long training events and provide these leaders with additional media training to help them make disciples who will make more disciples.

Bit learned about Jesus from Saw Peter, an attendee of a month-long training. Aung Cho learned from Aungshine. Those who have learned from Timothy are already teaching others. Because of your partnership, Timothy is training more evangelists and creating more resources to share about Jesus. You are making strategic evangelism possible around the world. Thank you!

Aung Cho sums it up well with this message: “I realized how much Jesus wants to reach out to people. He died on the cross for mankind, but he rose from the dead. I had never connected the teachings of Gautama and Jesus. Jesus overcame death. Jesus is the only God who can save us from sin. We cannot save ourselves because all are sinners. I have shared this method with more than 20 people, and they accepted it well. I love helping people understand about Jesus.”

Visit gnpi.org for the latest updates.