For the past two years, our partners at GNPI-Kenya have been developing a video series called Redefining the Church. With two seasons under our belt and a third one on the way, this series is broadcast weekly over three different stations into more than 2,500 Kenyan households.

Season One of Redefining the Church includes “2 As 1” and focuses on teaching biblical foundations for marriage and family. We’ve heard many stories from couples who didn’t have a biblical framework for thinking about their relationships or who’d never thought of marriage as a picture of the gospel. The teaching and relationship advice from the show’s hosts, Charles and Susan Opiyo, have helped many husbands and wives strengthen their marriages.

We kicked off Season Two by adding a series called “Church Unusual.” Covering a broad range of topics, this series laid out a biblical vision for the church as the fulfillment of God’s purposes for the nations. Our goal was to help people who are already part of the body of Christ understand the significance of being joined to him. We covered topics like salvation by grace, relationship with God, the purpose of spiritual gifts, defining biblical terms (especially ones that have been misunderstood), relationships in the church, and spiritual disciplines.

The plan for Season Three is to expand the series with episodes on biblical business practices, which is scheduled to begin this summer. Between the first two seasons, we’ve filmed 102 episodes. In addition to broadcasting the series over television stations, we’ve also shared several clips through our social media platforms.

Recently, our GNPI-Nairobi office learned that a Liberian government official who saw some of the content we shared on social media was interested in a partnership. He reached out to one of the show’s hosts, Charles Opiyo, and our producer, Isaac Masiga. This official expressed an interest in reformatting the series for radio and broadcasting it throughout the nation of Liberia.

Through this opportunity, we’ll be sending Redefining the Church to a much larger audience. We anticipate reaching over 60 percent of Liberia’s population, which would be a staggering three million people! Because of Liberia’s location, we also have the potential to reach even more communities, covering most of western Africa.

Charles Opiyo has been an influential partner in working out the details and has made several trips to Liberia since the government first contacted us. Isaac told us, “I was certainly surprised about the opportunity. When we partnered to produce a TV enrichment show for the church, we didn’t know how greatly it would be received. It was about four years ago when we first conceived the idea. It was a challenge knowing who to partner with to be the show hosts, and God led us to the Opiyos. So, yes, this has been a wonderful surprise.”

We’re thrilled to see Redefining the Church stretching across national borders and finding a wider audience. As the gospel is preached and biblical principles for living are shared, people are drawn to Jesus. His wisdom and love are put on display, and we’re excited to see how God uses this project to spread the good news and advance his kingdom.

Would you consider partnering with us in these endeavors and many others? GNPI has initiatives all over the world, and through prayer and financial support from our partners, we’re finding new ways to share the gospel strategically in a variety of cultures and contexts. Click here to receive regular prayer updates, and click here to learn about becoming one of our financial partners. 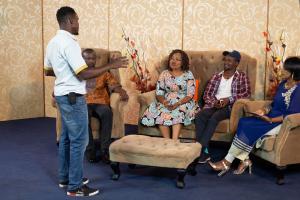 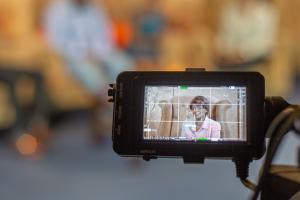 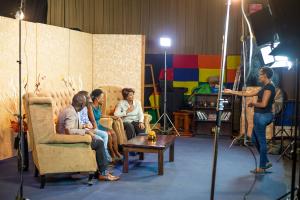