I was born in Londiani, the cold, tea-growing highlands of the Kericho district of Kenya’s Rift Valley province. Political tensions, violence, and tribal animosity rocked most of the region, forcing my family to relocate to Kitale in the early '90s. 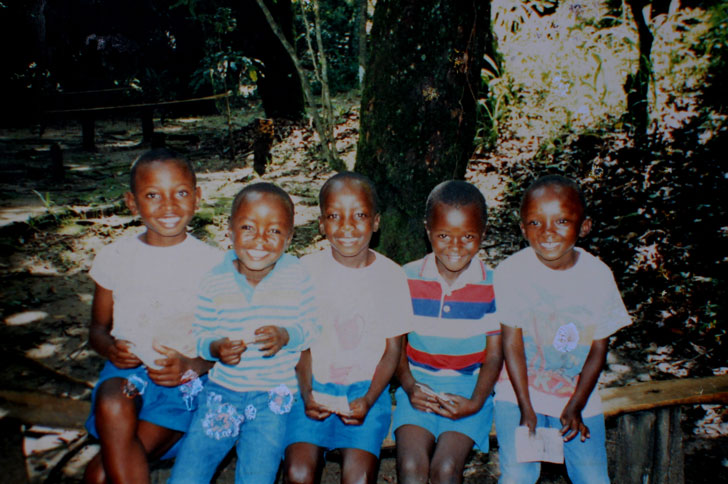 My mother, a single mom of six, had no source of income at all when we moved to Kitale. However, she was determined to make a living in this new area. We had a few relatives nearby, some of whom were well-established. One of them offered us a place to stay as we tried to settle, but it was short-lived. Having seven extra mouths to feed proved to be a heavy burden to them. To make ends meet, my mother started selling locally brewed liquor, commonly known as chang’a. Because it was illegal, she faced constant battles with local law enforcement. I remember the police showing up at our home a few times to arrest her.

Our situation was so stressful that my mother started drinking the chang’a herself. This affected her ability to care for us and provide for us. She was drunk most of the time, and our family suffered.

I was about five years old at the time, but I remember it well. We went for days without food. My older siblings missed school, and one became pregnant. Altogether, it wasn’t a great environment for children: an illegal substance was being sold, strangers were always stopping by for a drink, and police harassment was constant.

In early 1992, my mother passed away from what I later learned were toxins associated with the illicit brew. My older teenage sisters couldn’t provide for my younger brother and me. Whether they were unwilling or unable, our other relatives couldn't take us in, either. I was sad and frightened by the idea of leaving the only family I had known. My younger brother was inconsolable for days.

When the Bahati children’s home in Kitale opened its doors that same year, my brother and I were among the first 60 children to live there. For the first time, I was introduced to the concept of a stable, functional family, a church family, and a loving God. Before joining the children’s home, I knew very little about any of these things.

Mike Schrage, who is now the president of GNPI, had an important role in helping establish this children’s home. During that time, he and his family worked with a team of missionaries in Kitale, Kenya.

Unlike the other places where I lived before, the children’s home in Kitale was a positive, healthy environment. My time there taught me that God has a plan for every one of his children, including me. I believed God had taken care of my needs and that he had given me a place at the home. The children’s home was the greatest demonstration of God's love in my life. 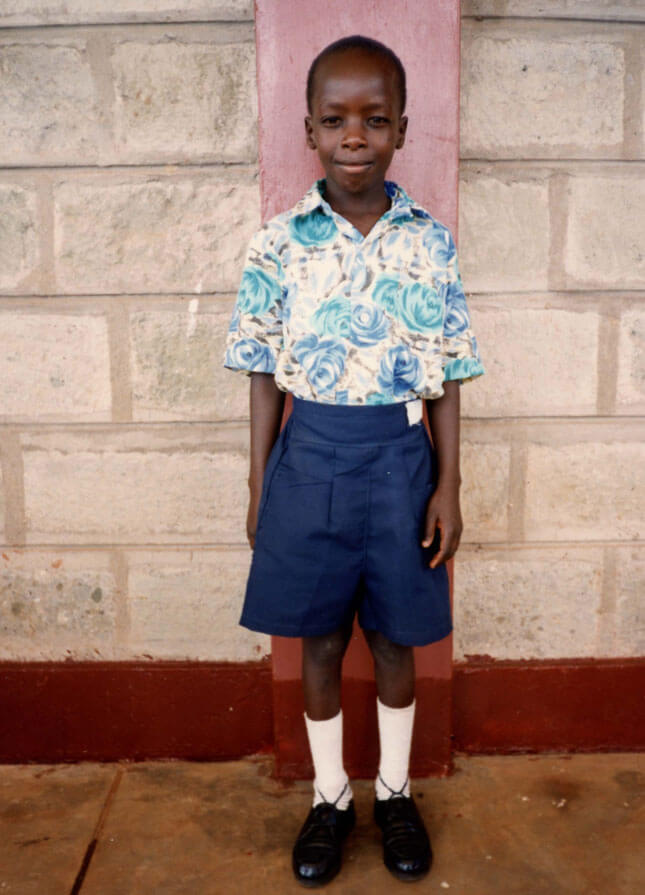 At the children’s home, we regularly attended Sunday school, were taught Bible stories, participated in the choir, learned memory verses, and performed Christian dramas in the evenings. Daily, I had the opportunity to experience Christ’s love through his people.

Eventually, I chose to be baptized during a youth conference in 1998. Salvation was a scary concept to me as a child because I only understood the punishment and reward principle. To me, becoming saved was more of a get-away-from-hell card. As I grew older, I learned of God’s desire for us to walk with him through all of life.

I was in secondary school when I first had a personal encounter with Christ. I joined the Christian Union and became a regular member. At first, I enjoyed the evening fellowships because of the music and the protection from bullies. Still, it became increasingly clear that following Christ meant more than that. These fellowships kept me in the faith, reminding me of the lovingkindness of God and his bigger plans. I needed those regular reminders because I had grown angry with God.

In primary school, I did exceptionally well. My siblings even started calling me mwalimu (teacher) or professor, because by then, I taught at the children’s home. When it came to education, any missed goals, such as not receiving acceptance into my school of choice, put my faith on the rocks. In college, I wanted to major in banking or finance. Instead, I ended up with a Bachelor of Arts in Sociology and Religious Studies. I questioned God and felt afraid because my life was not going the way I had envisioned. In all honesty, I knew little about God and his plans and had forgotten whose plan prevails. 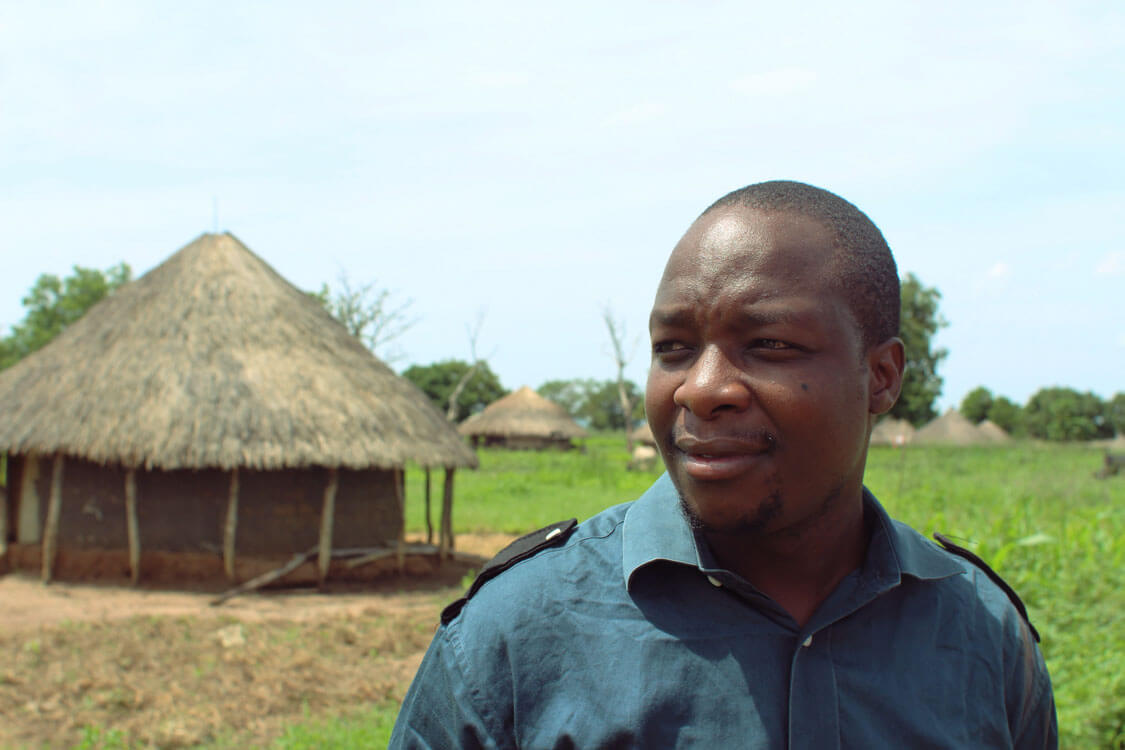 In 2010, after the completion of my undergraduate course, I had an opportunity to join GNPI in Uganda as an administrative assistant. GNPI-Uganda was opening its offices in the country, but this was not my first encounter with GNPI media. Looking back, I realize that God prepared me well in advance. Our eyes and minds are distracted from seeing the bigger picture, but he always has a plan.

At the children’s home, we watched and learned from media produced by the GNPI-Kenya office in Nairobi. I remember watching Tough Choices, Promise of Love, as well as Ndume Halisi on the earlier generation of Solar Kits that used filmstrips. Ndume Halisi highlights leadership in the family, and it was our favorite because of how good the actor was. One of the narrators was actually a local pastor we knew.

So, when the opportunity to work with GNPI came, I was already familiar with their mission and the powerful impact media can have. Making the transition to Uganda was not an easy one, though. Around the time GNPI offered me the invitation to join the work, we found out that my wife was expecting our first child, and she was studying for her master’s degree. I feared the uncertainty of a new role in a foreign country, leaving a young wife behind, and affecting her graduate studies. 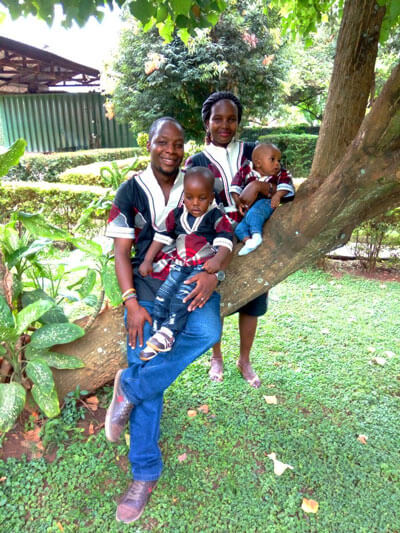 Now I can see how God led my family and prepared me for this role, and I have been working at GNPI-Uganda for the last five years. I have traveled for village visits and Solar Kit outreach trips. Out of all of them, visiting Acholi and Karamoja in northern Uganda have been my most memorable assignments so far. There is so much excitement when we show our projects to rural communities.

Most of the villages we visit have no electricity, and some are characterized by neglect, insecurity, and cattle rustling. The hunger for God’s word is strong, regardless of the hardships they are enduring. These regions are a testimony of God’s continual love and control.

I am inspired and challenged by seeing God work in ways I never envisioned. Using Solar Kits to work with evangelists and schools in rural areas has been humbling and uplifting. 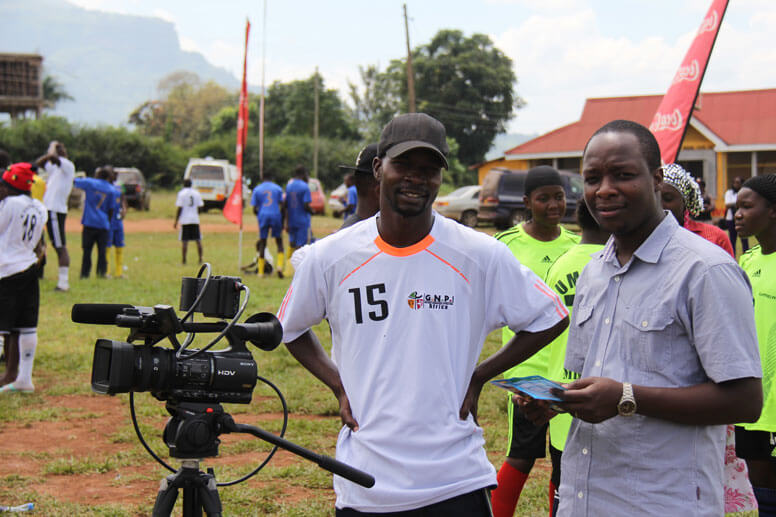 My family and I enjoy living in the Mbale area and have a supportive Christian family here. My wife works with Livingstone International University as a scholarship and procurement officer. We have two sons, Nigel (4) and Hami (2), who have made several friends in Uganda.

We continue to face challenges, such as missing relatives far from home; raising children in a foreign land; and being concerned about their education, health, living standards, and future plans. We would love to be close to our loved ones back in Kenya, but God’s plan is supreme. We are pieces on his chessboard. As a family, we understand God’s big plan and are ready for whatever role he calls us to play in his kingdom. As for me, I love Uganda. This is where God has placed me to serve his kingdom and his purpose. 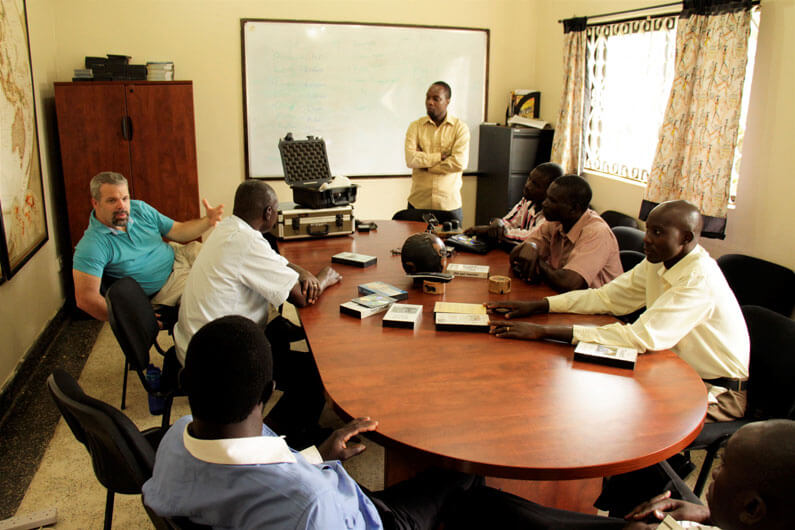