At our regional center in Piedras Negras, Mexico, Gustavo Velázquez and his team have been working on several media projects, including a short film called Feliz. In the update below, Gustavo shares why this film is particularly relevant to the challenges they’re facing and how it’s been received so far.

Currently, the nation of Mexico is experiencing a mental health crisis. Suicide rates are on the rise, and in the state where I live, Coahuila, an unprecedented number of people have ended their lives this year. Experts suggest many different causes—untreated depression and anxiety, substance abuse, and chronic violence, among others. Suicide rates are four times as high among men, and a survey from 2015 found that 30 percent of teens ages 15-18 reported having suicidal thoughts.

Whatever the cause of despair, we know the gospel is the only source of lasting hope. One of the ways we can share that hope is through faith-based media. By producing content that is gospel-centered, culturally relevant, and creatively presented, we share the good news in ways that engage people’s hearts and hopefully change their lives.

Our team has been eager to address the issue of suicide in our culture and point people to Jesus. An opportunity came last year when we learned that a course in Film Fiction was being offered by the State of Coahuila’s Secretary of Culture in association with a local university’s continuing education program. The production crew from our GNPI-Mexico office (Abi Flores, Ali Gómez, Gustavo Velázquez, and David Velázquez) decided to sign up for the course.

Together, they created a beautiful and poignant short film called Feliz (click here to watch it). It tells the story of a college student who appears to be happy and is loved by his friends and family, but inside he is quietly suffering. As the film progresses, it gradually becomes clear that he is planning to end his life. A stranger shares a message of hope at just the right moment, passing him a card with his phone number and these words printed on the back: “There’s always a light in the midst of the darkness. Don’t give up. I’m here.”

The course involved 150 hours of class time for each participant. At the conclusion, all the students held a screening where they presented their short films. The general public was invited, along with students’ families, citizens from each of the cities they represented, and several government officials. When Feliz was shown to this group, we were overwhelmed by the positive response and grateful to God for opening hearts to receive the film’s message. Many people approached us afterwards to share their stories and tell us how the film impacted them. Even the government officials who were present congratulated our team on their efforts.

Although we completed the course in December 2018, our diplomas didn’t arrive until February of this year. To our surprise, our local government rolled out the red carpet for us! They held a ceremony where they presented our diplomas, and we were able to show Feliz again, this time to our own community. Again, the film was well-received, and since then, we’ve screened the film in a variety of venues.

In March, we were invited to show Feliz in two private middle schools. After the film, we talked with students about Jesus and the peace and hope they can find in him. We also addressed some of the stigmas around mental health issues and encouraged them to ask for help when they feel sad or lonely. The schools even allowed us time to pray with and minister to students, which was a huge blessing to them and to us.

As we have shown Feliz to different groups of students, we’ve also asked them to complete a brief survey about their mental health and social lives. At the local level, we’ve discovered the same thing many of our health organizations and news outlets are reporting—most teenagers feel lonely most of the time. A high percentage of them do not talk to anybody when they feel sad. However, 90 percent of survey respondents said that watching Feliz was helpful to them.

At this point, Feliz has been seen by 21,000 people through live screenings and various online platforms, including video and social media sites such as YouTube, Vimeo, and Facebook. The numbers might be even higher since users can download Feliz from any of those websites and show it to others. Not only do people tell us they enjoy the film, but many have also said it helped them think about their own mental health.

Some identify with the main character and feel like their eyes were opened as they watched him struggle. One father whose son committed suicide told us he wished that he’d seen Feliz years ago and that it might have helped his son. As heartbreaking as these stories are, they encourage us to keep showing Feliz and using it as a launching pad for conversations about faith and mental health.

Depression and suicide are major issues in our nation, and GNPI-Mexico is creating content that addresses these issues head-on and shines the light of the gospel in one of our culture’s darkest places. With the support of our partners, we will continue to offer truth and hope through Jesus. If you’d like to stay up-to-date about the projects we’re working on, be sure to subscribe to our email newsletter. And, if you’d like to contribute to our work financially, you may do so here. 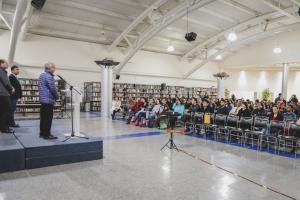 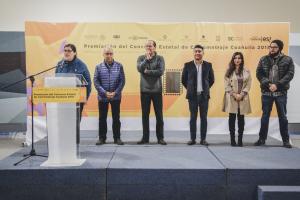 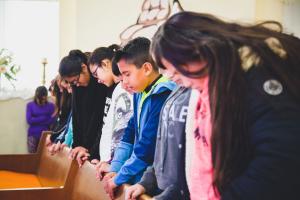 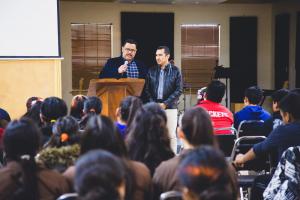 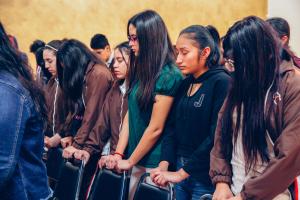 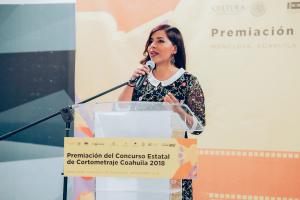 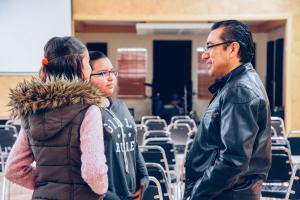 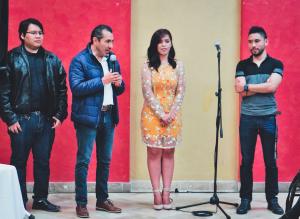