How God used a Solar Kit: A Modern-Day Jonah Story

My name is Luis Fernando Basso. I serve with Africa Inland Mission (AIM), working in south Madagascar with the Bara people group. This Solar Kit you provided for us is a wonderful, powerful tool, and God is using it to change hearts, even mine! 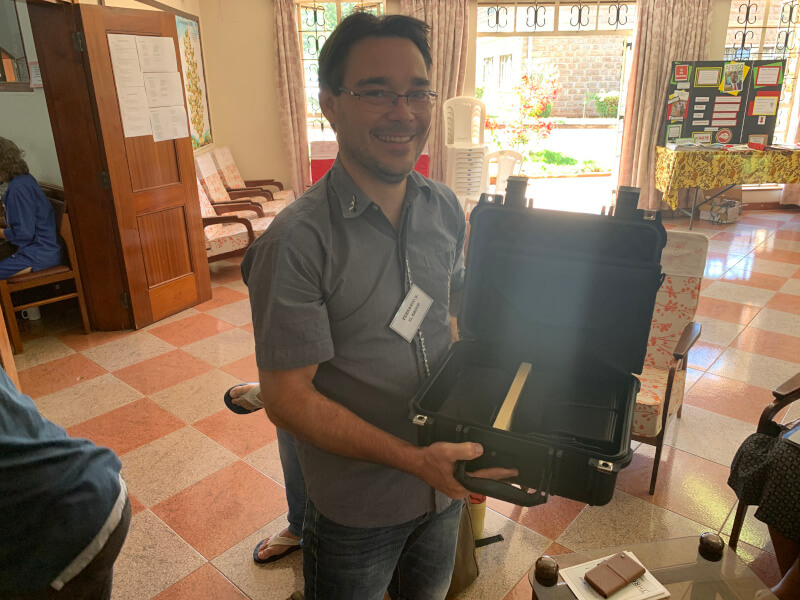 Our ministry partner Pastor Emanuel and I finally made it home after a trip to show the Jesus Film Project. We spent three days on a bus, and I was exhausted. It was a hard trip: no running water, no bathroom, sleeping on the floor with fleas and rats, and potential danger from thieves along the way.

After the trip, Pastor Emanuel and I said goodbye to each other. When I arrived at my house, I thought, “I will rest! I will take a shower, eat a good meal with my wife and son, and sleep the whole afternoon.”

It started to rain, and I thought that was even better. It seemed like a perfect day to be lazy.

I ate, showered, and headed to my room. Then someone knocked on the gate. I thought, “Who can this be? I can’t believe it.”

My wife went to see, and there was Pastor Emanuel, with the projector and the soundbox. He said, “Fernando, the people in the Ambararata village called me just now. They want to watch the Jesus Film Project.”

I refused and said, “It is raining, and the people will not go today.”

My wife said, “Go with the pastor, Honey!”

(We were talking in Portuguese, so the pastor didn’t understand or see because we just smiled at each other.)

I went. But I was not happy. I went by motorcycle, with an attitude much like Jonah going to Nineveh! Our trip took 45 minutes. When we arrived there, Pastor Emanuel was happy, but I was not. We found a few children in front of the church.

I said in my heart, “Are you kidding me, Jesus? Just these children.”

I was really unhappy, but I put my moto under a tree and went to open the church anyway. My heart was quite bitter because I thought it was my right to sleep that day, and now, here I was, in the rain with only three or four children.

I opened the doors of the church. Surprisingly, and to my shame, the church was crowded with nearly 200 people who wanted to see the Jesus Film Project for the first time! 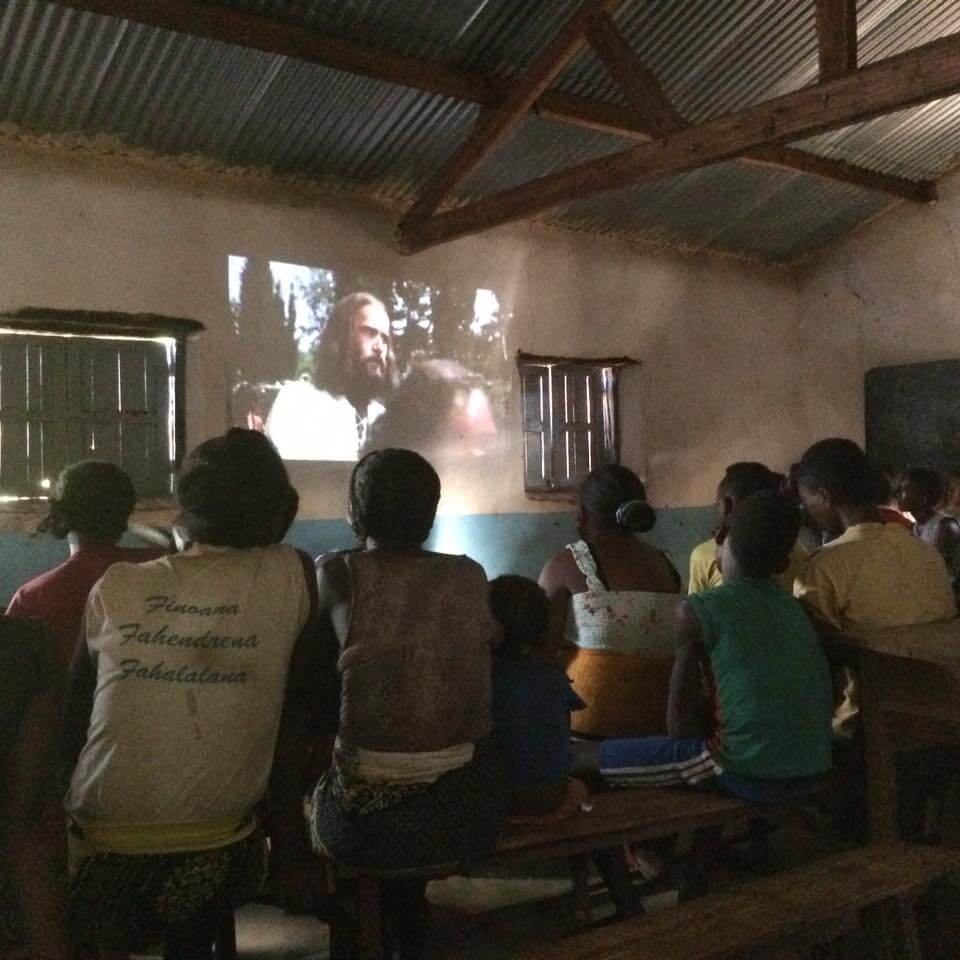 I didn’t greet anyone. Instead, I went directly to the front and set up the projector and started the film. Then I sat on the floor, and I cried and cried. Jesus wanted them to see the film, but I didn’t want to go because of my arrogance and stubbornness. It was not only a powerful day for those people who watched the film for the first time, but it was also a powerful day for me. God bless you all for sending us this Solar Kit. 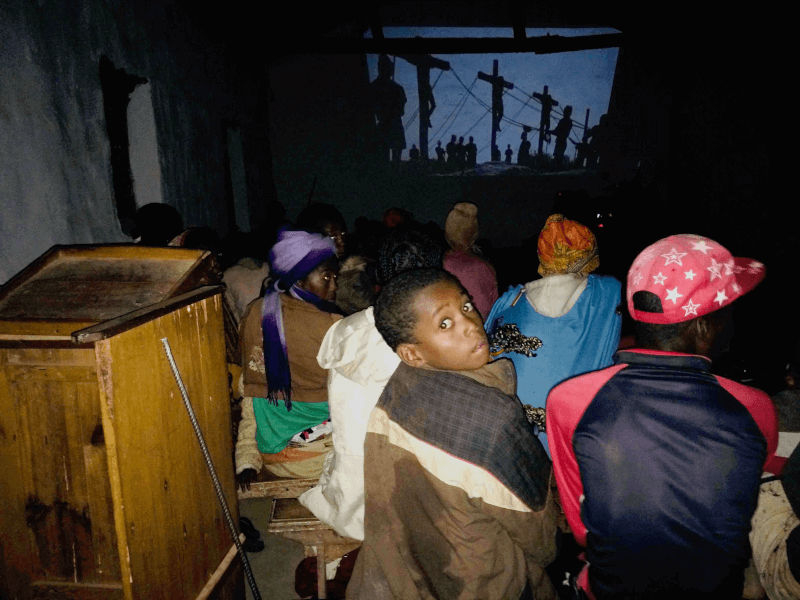 Watch for upcoming testimonies of people who are choosing to follow Jesus after watching the Jesus Film Project on the Solar Kit and studying God’s Word with local pastors in Madagascar!